Top 10 Haunted Walks Across the UK

As we head into spooky season, we can’t think of a better way to spend an evening than with some ghostly companions, but be warned, not all of these other worldly spirits take kindly to visitors. So, if you dare, read on for a definitive list of our top 10 haunted walks throughout the UK.

Many believe that Epping Forest is the UK’s most haunted woodland, and with these stories, it’s easy to see why. The ghost of Boudica is thought to haunt the forest, with people reportedly being pushed or touched by an invisible source!

Multiple apparitions have also been spotted including, a headless biker, horse drawn coach and the ghost of a young girl.

Hangman’s Hill is an area of particular trouble, with terrifying screams heard throughout the night. If you want to put the haunted rumours to the test, leave your car in neutral on Hangman’s Hill and your vehicle will appear to roll upwards towards the tree where people have been hanged. Creepy!

We’ve heard from the UK’s most haunted forest, now it’s time for the most haunted village! A stroll around this charming village may bring you up close and personal to a ghost. Legend has it that the sound of a man and women talking happily can be heard, as well as a playful dog barking. They appear to get closer and closer until it sounds like they’re walking besides you, before the voices fade as they pass, but there will be no one around!

Dering Wood, otherwise known aptly as Screaming Wood is right next to the village. Many people have reported hearing a sudden, blood curdling scream deep within the woods. Would you venture in to investigate?

In 1612 a group of women were accused of witchcraft in one of the most famous witch trials in English history. Ten villagers died painful and mysterious deaths as a result of ‘witchcraft’, and ten of the twelve accused witches were found guilty and executed by hanging. You can visit the site of their gruesome deaths at Gallows Hill.

This creepy history means that Pendle Hill is the home to many haunted sightings of shadowy figures darting around the hill in the darkness. 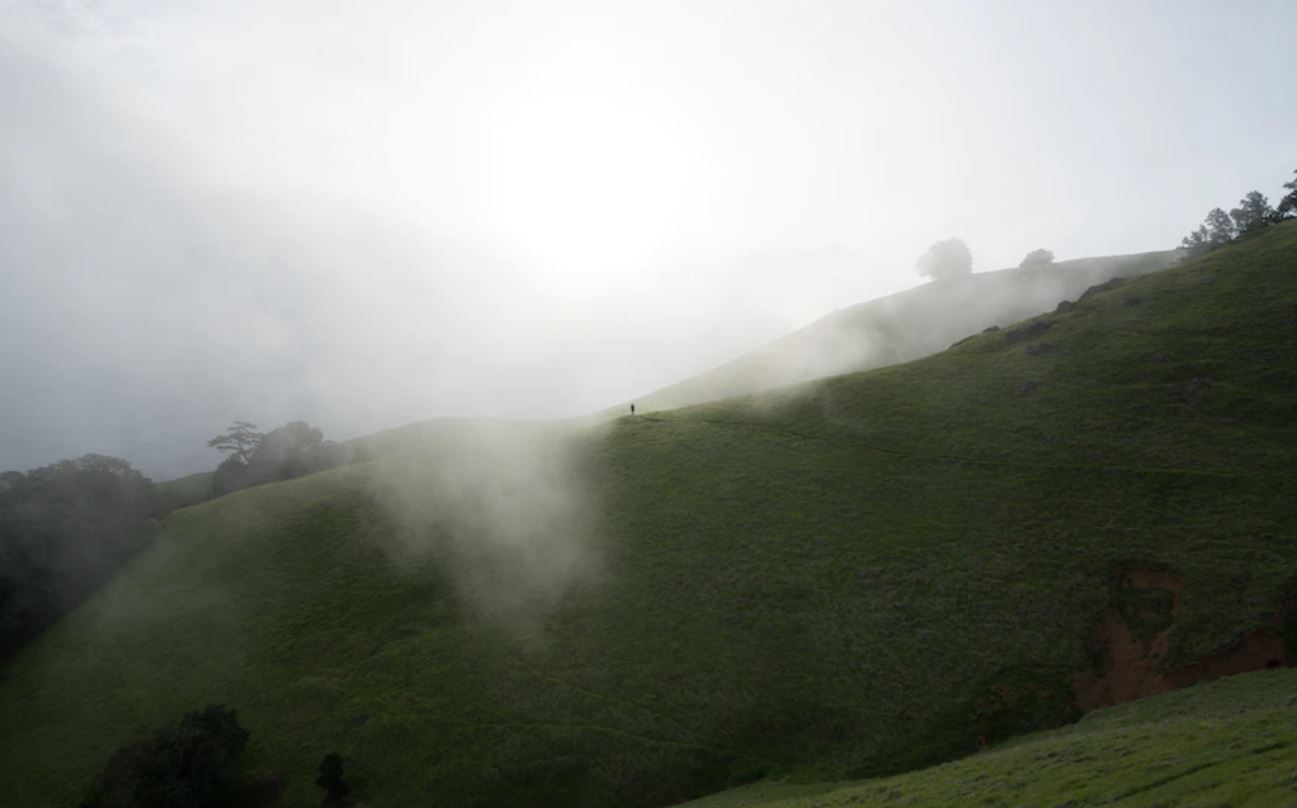 Blickling Hall is nestled into a beautiful estate, explore the grounds and enjoy a historic walk before reaching the hall and learning more about it’s creepy past.

The birthplace of Anne Boleyn, it is believed that her headless ghost returns to Blickling Hall every year on May 19th, the anniversary of her famous beheading. Once it reaches dusk, the apparition appears to ride up to the manor in a coach drawn by headless horseman, with Anne Boleyn’s own head in her lap! Once the coach arrives to the front entrance, it disappears into thin air.

Sir Thomas, Anne Boleyns father, has also been seen haunting the area. It is said he is cursed for not preventing the death of his two children (Anne and George) by the hands of Henry VIII. He apparently can be seen attempting to cross twelve bridges near the hall before sunrise.

Situated in a beautiful, wooded valley, the ruins of Berry Pomeroy Castle are said to be some of the most haunted in Britain. The castle is believed to be haunted by the Blue Lady and the White Lady. The story goes that the White Lady (Margaret Pomeroy) and her sister Lady Eleanor both fell in love with the same man. In a fit of rage and jealousy, Lady Eleanor imprisoned Margaret in the dungeons of the castle, and her soul has sadly never left.

The Blue Lady is also believed to be another member of the Pomeroy family. It is thought she attempts to lure the public to the castle’s tower and then push them to their death. Visitors have reported a woman’s cries in the tower and a glowing blue light – very scary!

This small forest in the Cotswolds may seem like the perfect place for a peaceful, idyllic walk, but dark stories lurk around every corner. Some visitors have reported feeling hands on their shoulders or heard sobbing children as they walk through the woods.

The forests most famous ghost story is that of Amy Robsart, who was married to the Earl of Leicester. In 1560 officials found Amy dead in her home after falling down the stairs, but the townspeople thought otherwise. Rumours circulated that the Earl of Leicester had murdered his wife, Amy. Legend says that the Earl was confronted by Amy’s ghost in the forest, cursing him to die in ten days, which he did. If you dare to explore this frightening forest, hopefully you don’t see Amy, as this means that your own death could be soon… 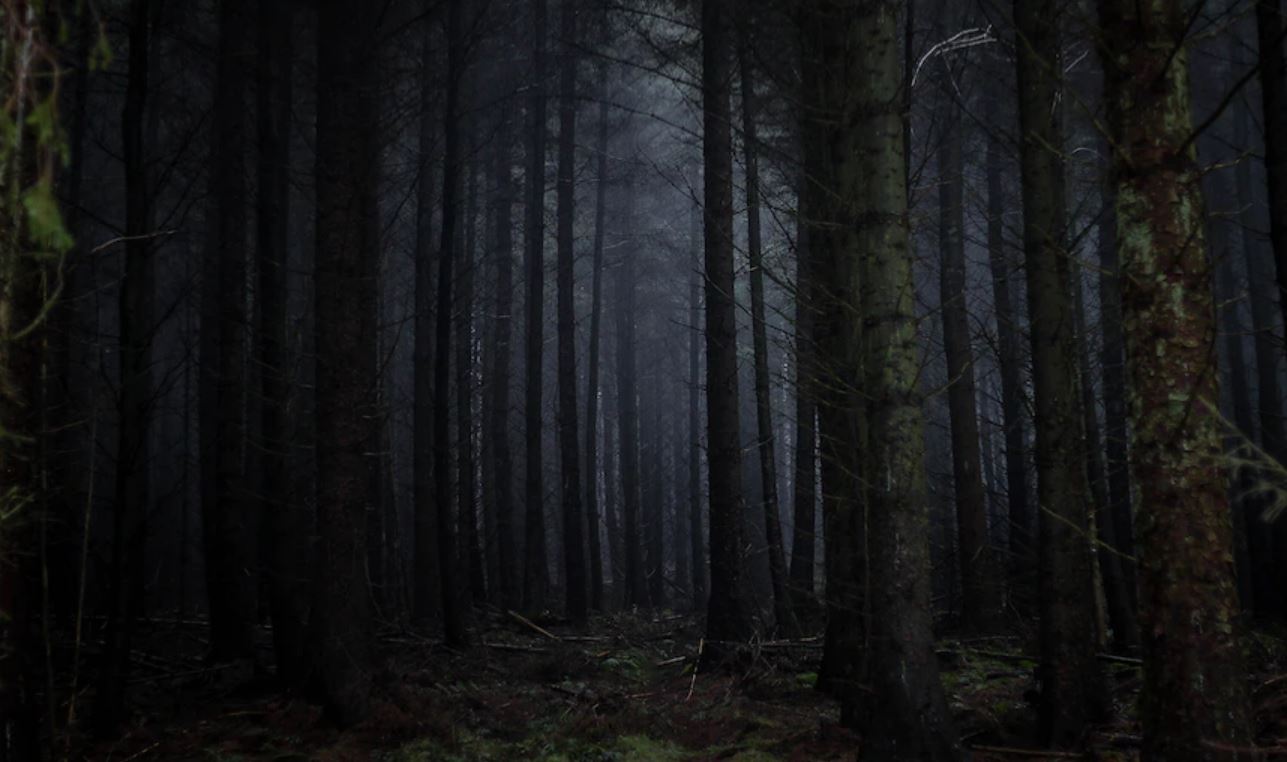 In 1746 the Battle of Culloden took place on Culloden Moor. The Jacobite rebellion faced their enemies but sadly every single one of them were killed. Their graves can be found on this trail, and an eery silence is said to fall as you reach them. Every year in April, on the anniversary of the battle, it is reported that cries of fallen soldiers can be heard across the moor. Throughout the year, hikers have also reported seeing a tall man wearing tartan, mumbling ‘defeated’ over and over again.

Inside Chillingham Park is Chillingham Castle, a very apt name for a place sure to send a shiver up your spine. There are many ghosts that haunt these halls but the most famous is the Blue Boy. Claims are that a blue flash hovered over the heads of guests as they slept in one particular bedroom. Many were woken up by the bright light and an accompanying wailing sound. The castle’s owners claim that these sightings ended after the remains of a man and young boy were found buried deep in the castle walls. But there are many more ghosts to be seen.

Another quirk of the park, albeit not a supernatural one, is the chance to spot a herd of wild cattle. This may not seem dangerous, but they are thought to be the last wild cattle herd in the world and very menacing!

Sitting atop Skirrid Mountain is the Skirrid Inn, a 900-year-old pub with an incredible but gruesome history. It is believed that hundreds of years ago, the Inn was a court of law, with guilty defendants being executed by hanging in the pub itself! A noose now hangs in the bar, so punters will never forget the creepy history.

Stories have been told of slamming doors, loud footsteps and hushed voices. Could this be the spirits of these people sentenced to death? Are you brave enough to find out..?

This unassuming, sleepy looking village is strong competition for Pluckley as the UK’s most haunted village. Many ghosts and ghouls have been seen throughout the area, including The Horseman. A man can be seen riding a white horse through the village. It is rumoured that he was killed by an arrow in 1471 on his way to the Edward IV camp during the War of the Roses. In the early 20th century, skeletal remains were discovered of a man with an arrowhead, leading many to believe that this was the horseman.

At the Plough Inn, the sound of horse’s hooves have been reported and local farmers have difficulty getting their sheep, dog and horses to pass the inn without making a fuss.