This Autumn/Winter we celebrated our sixth kidswear collection with TV adventurer, Steve Backshall. To celebrate this, we launched the #MeetSteveB competition where we were giving you the chance to meet the wildlife hero himself. All the lucky winners had to do, was enter an image on Facebook, Instagram, Twitter or Pinterest in their Mountain Warehouse kit with, ‘#MeetSteveB’ in the caption.

On the day of the event, we took some very excitable winners of the #MeetSteveB competition to Paradise Wildlife Park where they were waiting to experience an animal and knowledge packed day with Steve, sharing with them all his expertise. The day begun with what could have been an endless Q&A with the kids bursting with questions for Steve, all of which resulted in more excitement from the winners, which seemed impossible. After this, we were away to start our day and off to meet our first creatures. 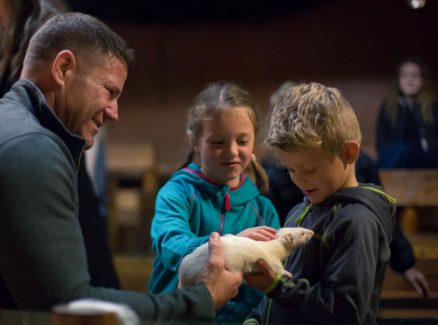 The first encounter started at the Jungle Theatre where we met snakes, albino ferrets and bearded dragons, to name a few. The kids were able to get up close and personal with the animals – meeting them and learning as many facts as possible. From here, we ventured over to, ‘Amazon and Beyond’ which is home to one of the largest Anaconda houses in the world! Along with meeting two anacondas – one weighing in at an incredible 93kg! – we came across piranhas, beaded lizards and cobras. 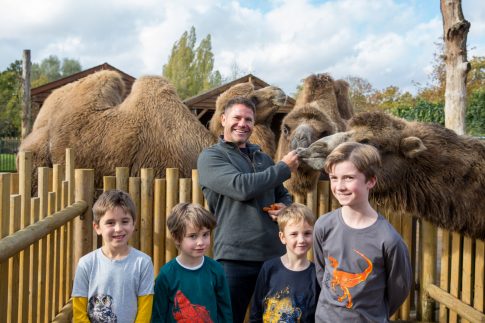 From here, the Paradise Wildlife Park keeper took us to meet three Bactrian Camels, whom the winners and Steve were able to feed. The experience started with slight hesitation and very extended arms from the kids, with carrot in hand, in order to avoid any close encounters with the camels mouth. That being said, the zoo-keeping encounter ended with the kids making friends with the two-humped desert animals. 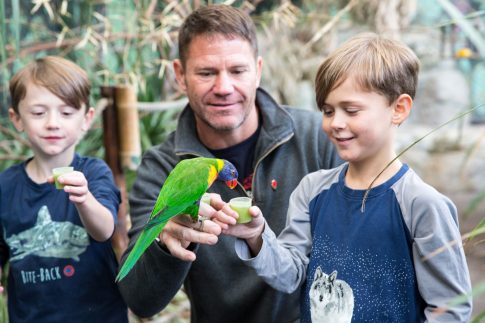 After some ‘pick-me-up’ refreshments of juice and biscuits, we were off to feed another animal their lunch, the Lorikeets. We were each given a small cup of homemade nectar to which the colourful birds all flew down and took straight from the children’s hands. This was a brilliant and close-up experience for the winners to get stuck into with Steve by their sides. Known for their loud chirps of communication and excitement there is no way these little birds were going unnoticed by us. 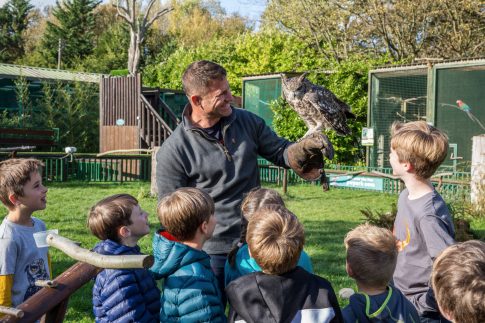 Staying in the Bird Arena section of the Park, we then finished the day off by watching Steve fly an African Spotted Eagle Owl over the kids heads, all of which were in awe of the skill the TV adventurer portrayed. This was then followed by many pictures of the winners with Steve and they were lucky enough to leave the day with signed Mountain Warehouse x Steve Backshall goodies, providing them with life-long souvenirs of their memorable day. Our thanks go to all the team at Paradise Wildlife Park.

PREVIOUS ARTICLE Top 15 Ski Festivals 2019
NEXT ARTICLE Dubbin: How to Use Dubbin Wax On Boots or Shoes