If you live in the English capital and walking is your favourite pastime, you may feel you have to leave London to experience some top walking trips. On the contrary, London has a vast number of fantastic paths and trails; from green open spaces to city strolls – there’s a lot of variety on your doorstep!

We have chosen our favourite 15 walks in London to help you get out and explore the city…..

Created to celebrate the Queen’s diamond jubilee, this path is 60 kilometres long – a kilometre for each year of her reign. The route is well marked with 542 distinctive glass plaques to observe as it takes you through the major sites of the London 2012 Olympics. As a circular walk, you could start and finish from any point along the way. However, the traditional version starts at Buckingham Palace and heads west into Hyde Park.

Take the northern line to Hampstead and visit one of London’s most popular open spaces. Hampstead Heath is one of the highest places in London, making it ideal for hill walkers and exercise fanatics alike with an athletics track and three swimming ponds. Once you enter the park, head straight to the top of Parliament Hill for a fantastic view of London’s skyline and, in particular, the view of St Paul’s Cathedral. The ‘viewing corridor’ from the hill is a protected landmark of London, ensuring access to view one of London’s architectural masterpieces will continue for many years to come as the view legally can’t be blocked.

Highlights: The spectacular view of London’s skyline and it’s very own zoo

Take a stroll along the forgotten remains of London’s old city wall which once lay in the heart of the city. Beginning at the Tower of London and rounding off by the Museum of London, this 2.8-kilometre route allows you to learn about the city wall which was built by the Romans, and in doing so, absorb a part of London’s history. Many people will walk past this astonishing piece of architecture every day, unaware of its historical importance.

Highlights: Watch out for wall plaques dotted along the route explaining the history of the Wall 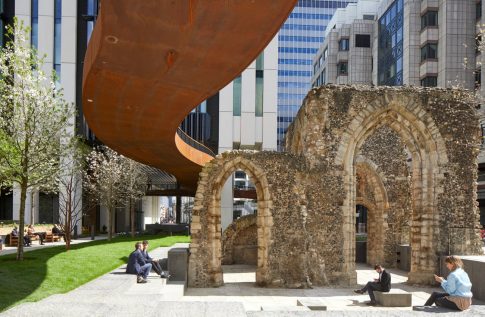 Remains of the London Wall. theguardian.com

Covering over 126 kilometres, The Capital Ring Walk is divided into 15 accessible sections circling round inner London which are all reachable by public transport. The walk passes through nature reserves, grand country estates and canals – taking you away from the bright lights of the west end. Whilst exploring , be sure to watch out for the green ‘Capital Ring’ signposts to ensure you stay on track.

This 7-mile-long walk was created in memory of Diana Princess of Wales and passes through four of the eight royal parks: St James’s Park, Green Park, Hyde Park and Kensington Gardens. The route is simple to follow, with 90 rose emblemed plaques on the path to direct you. This path will help you understand the Princess’ love of the open spaces of London. If you wish to extend your walk, then why not pick up the Jubilee Greenway in Kensington Gardens and head north to Little Venice where you can follow the Regent’s Canal.

A 5-mile walk from Notting Hill Gate tube station, finishing up at High Street Kensington, there’s so much to explore in this famously bright area. Look out for pastel-coloured houses and settings from the film of the same name alongside trendy restaurants, book shops, bars and boutiques. Included in the experience is the buzz of one of London’s most famous markets: Portobello Road, which is a must visit and great place to break for lunch. 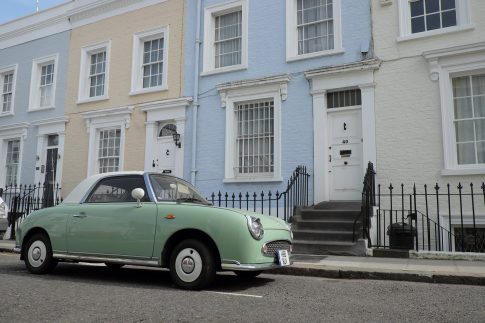 This South London route follows the 14-mile path along the River Wandle from Croydon to Wandsworth. Including both walking and cycling routes, this riverside trail passes through the beautiful Morden Hall Park and alongside the water mill at Merton Abbey Mills. This walk allows you to appreciate and embrace the beautiful setting of a typical chalk stream in the heart of some of south London’s most industrialised landscapes. 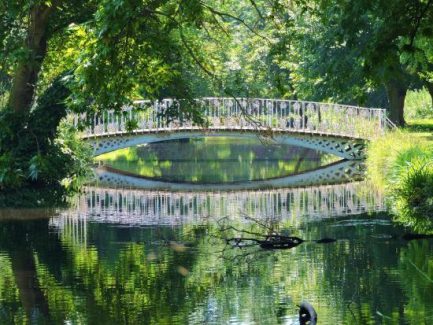 The London section of the Thames path is 79.5 miles long and stretches from Hampton Court in West London to the Thames Barrier in Greenwich. This National Trail footpath follows the north and south banks of the river and allows you to walk alongside some of the most iconic sights of London. What’s more,thebusy waterway of the river makes for some great activity watching.

Stretching from Hyde Park Corner to Kensington Gardens, this is the largest Royal Park in central London. Designed with wide paths popular with rollerbladers, and hosting open air concerts in the Summer, Hyde Park is an ideal spot to enjoy the outdoors in London. Families can easily spend the whole day in Hyde Park with activities such as horse riding, boating and even swimming in a specially designated area of the lake. 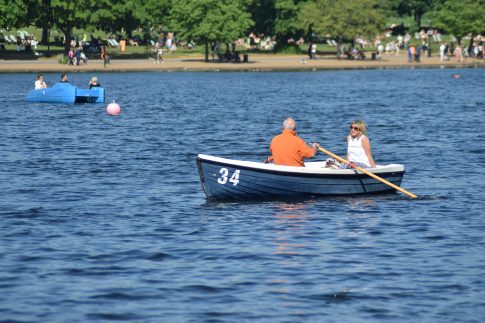 Starting at Westminster, this Southbank stroll passes all some of London’s most popular sights , leading you all the way to St Pauls Cathedral. Starting at Westminster bridge and following the river past the London Eye, you can enjoy the must-see street performers and hustle and bustle of the Southbank. To break up the walk, you can visit the many cafes and restaurants you will pass along the way, eventually ending up at the Tate Modern where you can cross back over the river on the millennium bridge taking you to Blackfriars and St Pauls.

The largest enclosed royal park, and open space, in London, Richmond park is a fantastic place to enjoy the great outdoors with woods, lakes and green open spaces. Easily reached from Richmond station, the park is a nature reserve with wild deer and over 140 species of bird. Richmond Park is the perfect place to enjoy a peaceful walk a stone’s throw from the city centre. If you wish to observe the beautiful deer herds then be sure to follow The Tamsin Trail. 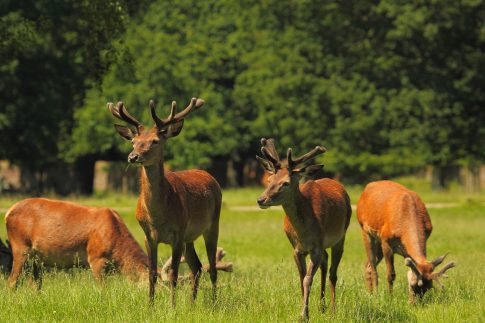 Although the full Lea Valley Walk begins near Luton, the London section stretches a great distance from Waltham Abbey to the River Thames at Limehouse Basin. If you begin at Waltham Cross railway station, the trail will bring you past Nature Reserves and pretty riverside villages on this 16.6-mile route. Key sights along the way include Lee Valley park, the Olympic stadium and spectacular views of Canary Wharf.

Known as the M25 of walking paths, this trail forms an outer loop around the city allowing you to explore the countryside and outer boroughs of London. The loop is 150 miles long in total, which is split into 24 sections. If you’re looking to escape the city but don’t want to travel too far, this is the route for you. 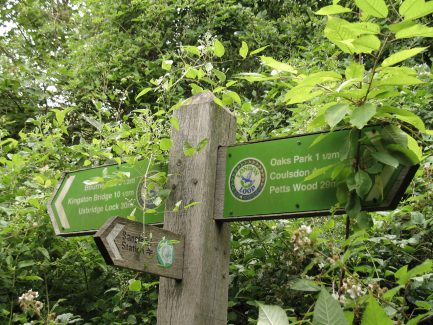 One of the famous Four Inns of Court between Temple and Blackfriars, this three-acre garden is open to the public on weekdays. The space has been developing as a garden since the 14th century, before which it was a mere orchard. Home to many British birds (including robins, thrushes tits,and several varieties of butterfly) this thoroughly British garden has an abundance of flora and fauna. The tree-lined paths and manicured lawns make it ideal for a sit-down picnic or family day out.

Crammed full of history, this Royal Park had been part of London since 1532. Used as a deer park by Henry VIII and as an entertainment fête by Elizabeth I, this walk will have you stepping through history. Paved with specially designed footpaths which follow around the lake and through the park’s woodlands, you can keep occupied all day with fine views of Horse Guards Parade, Big Ben and the London Eye when crossing over the Blue Bridge. 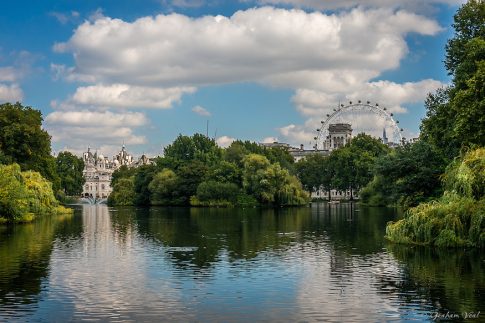 Now you know the best walks in London, grab your walking boots and picnic gear and begin a new adventure without leaving the city! If you want to exploremore walks across the UK, take a look at our top 15 UK railway walks. 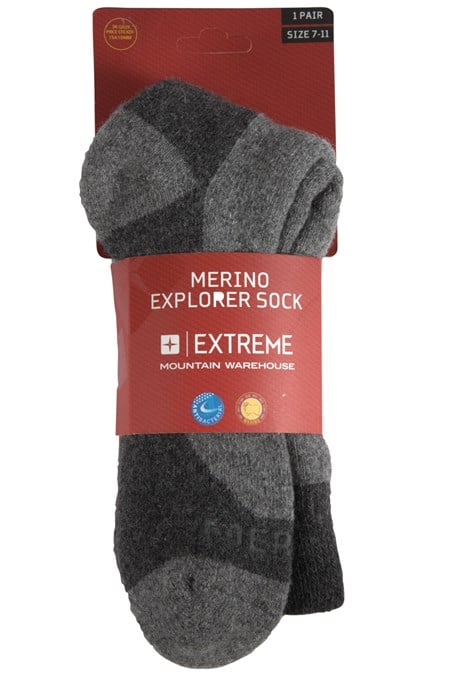 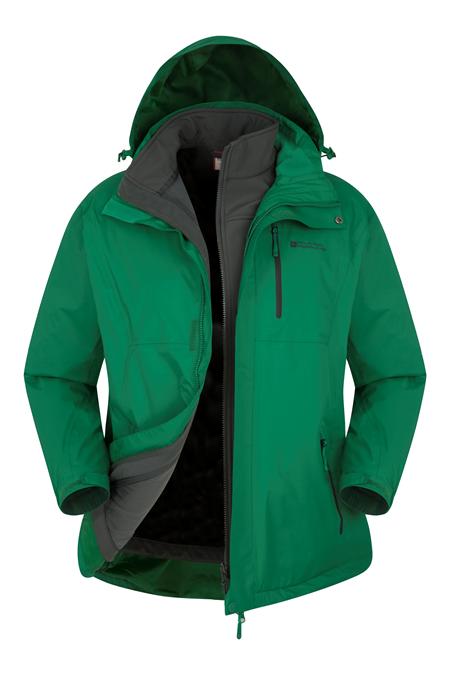 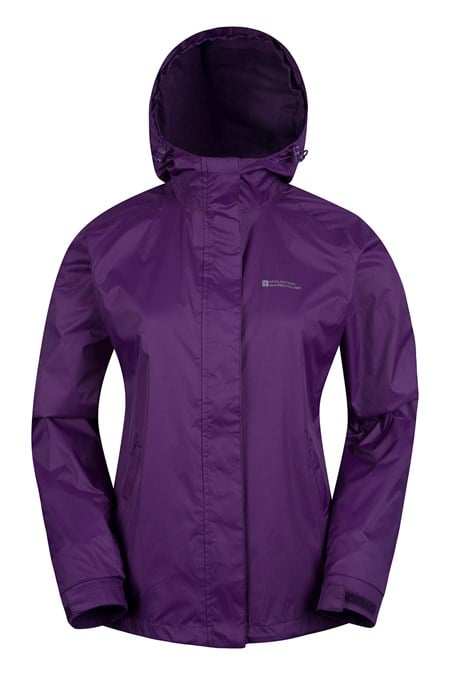