If you are undertaking an outdoor challenge this year, whether you are running a gruelling marathon, walking in the English countryside, mountain biking down steep hills, sailing choppy waves or climbing high mountains, as long as it’s an outdoor challenge and you’re raising money for charity you can enter.

By entering not only could you win £10,000 for the charity you could also be in with a chance of meeting our brand new Charity Challenge ambassador Simon Reeve.  The adventurer, TV presenter and author is used to taking on a challenge or two himself. From coming face to face with a pack of cheetahs to travelling along the Tropic of Capricorn Simon is the prefect ambassador for the Charity Challenge and this year’s winner will get the opportunity to undertake a Charity Challenge alongside Simon! 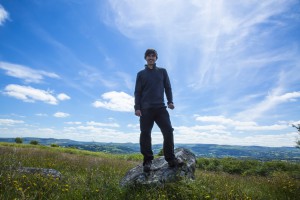 Last year’s Charity Challenge winner was Alec Shillaker. Alec climbed Aconcagua, the highest mountain in the southern & Western hemisphere to raise money for Meningitis Now. So if like Alec you are undertaking an outdoor challenge to raise money for charity, make sure you enter here!

This year we are also partnering with Graze, the makers of the delicious and healthy Graze snack boxes and MyDonate, the not for profit, online fundraising service for UK charities from BT.

What are you waiting for? Get our doors and take on a challenge for charity!