Meet The Sea Creatures Featuring on The Changing Tides Collection

The Mountain Warehouse Changing Tides collection was created in collaboration with BAFTA-winning British explorer, naturalist and TV presenter; Steve Backshall. Inspired by the great ocean, it is a celebration of our seas and the need to protect them. This collection uses fabric containing REPREVE® Our Ocean® fibre, which is made from recycled ocean-bound plastic bottles. Over 766,000 bottles were retrieved and prevented from entering the ocean in the making of this range.

From the common seahorse to the lesser-known blue ringed octopus, the range is covered in Steve’s favourite sea creatures… So, what creatures can we expect to see in the collection? Where can they be found and what makes them so unique? Let’s find out!

Despite its name, whale sharks are technically fish! They are the largest fish or shark living today, the biggest Whale Shark found was over 12 meters long, that’s larger than a London bus. Identified by their white spots, they can be found in any tropical ocean around the world. But don’t get scared if you spot one of these incredible creatures, as they’re nicknamed the ‘gentle giants’.

The deadly blue ringed octopus might look bright and enticing, but this tiny critter is extremely venomous and can be fatal. Found in tide pools and coral reefs in the Pacific and Indian oceans, the blue ringed octopus can be identified by its yellow colour and electric blue rings all over its body.

Hammerhead sharks can be easily recognised by their odd shaped heads which extend outwards from their body with their wide set eyes positioned on the sides. These eyes mean they can scan far and wide for their prey, which are types of octopus, squid, small fish and crustaceans. Hammerheads can be found in both temperate and warmer waters.

Humpback whales can be found through the world in all major oceans and can be spotted by their long fins and distinctive hump on their back, hence their name! They can often be seen jumping out of the water and slapping against the surface causing a huge splash, which can be seen from the shore. Humpback Whales are also known for their incredible ‘songs’. Sequences of complex cries and howls can be heard beneath the water’s surface, scientists believe this is how they communicate with each other.

With their eight legs and suckers, octopuses are easy to identify. You may be able to spot them as you paddle on the shoreline as octopuses are found worldwide in shallow waters. Their soft bodies mean they can squeeze into small spaces to protect themselves or to catch their favourite food by surprise – crabs.

Tiger Sharks were given their name because of their distinctive stripes on the sides of their body. You don’t want to get too close to these majestic creatures – they are known as one of the most aggressive predators and their powerful jaw means they can eat just about anything, including metal!

Seven types of sea turtle can be found all over the world and are identified by their hard shells and incredible, intricate markings. These graceful creatures can range in size from the Kemp’s ridley turtle which is around 60CM long all the way to a 1.8 meter Leatherback, that’s about the size of a fully grown man.

Seahorses are a type of fish found in tropical or colder waters across the world. Instead of looking like a normal fish, seahorses swim in an upright position, with their head standing proud on top of their body. This and their horse shaped face make them one of the most identifiable sea creatures. Seahorses sneak up on their prey and quickly twist their heads to snap up their meal, mostly consisting of shrimp and small crustaceans.

Manta rays are the largest type of ray found in the ocean. Their are two types of manta ray, the reef manta ray that can grow up to around 3 meters and the giant oceanic mantra ray which can get to over an incredible 8 meters in length! Manta rays have been given the nickname ‘devil fish’ because of their two horn shaped fins on the top of their heads, giving them a distinct look.

Orcas or killer whales are actually apart of the dolphin family but at nearly the size of bus, they’re definitely bigger than your average Bottlenose! Preferring cold ocean water, orcas are instantly recognizable by their white bellies and black top. As their alternative name suggests, killer whales are incredible predators, sitting on top of the food chain eating penguins, seals and even other whales.

Although coral, found in tropical waters around the globe, may look like bright plants, they are actually animals. They are made up of tiny invertebrates called polyps that mostly eat algae and sometimes plankton or small fish. As coral grows, it joins together with other coral to make a reef. The largest reef in the world is the Great Barrier Reef in Australia.

Lionfish may look mesmerizing, but you don’t want to mess with one of these amazing creatures. Identified by their many long, thin fins and striped complexion, Lionfish are venomous and aren’t afraid to attack if threatened. Although not usually fatal, a sting from one of these fish would be very painful so watch out if you find yourself near reefs and rocks in the Indian and Pacific oceans they’re native to.

Sailfish are the fastest fish in the ocean, reaching speeds of an astonishing 68 miles per hour! Their name comes from their large dorsal fin that stretches almost the entire length of their body and reach heights taller than their body is thick. You can find these eye catching fish near the surface of the water in warm parts of the worlds oceans.

Sharks are incredible creatures that have been on this planet in some form since before the dinosaurs. Seen as one of the most frightening predators, sharks have an impressive set of teeth, boasting multiple rows that fall out and grow back regularly. Even though they may look scary, sharks are rarely interested in humans and attacks on people are incredibly rare.

Sea urchins are small, spiky animals in the shape of a ball, found on the sea floor of oceans throughout the world. There are thousands of different species of sea urchin and some of them are poisonous if spiked, however this doesn’t put off some cultures who see them as a delicacy and like to eat them raw.

Shop The Steve Backshall Collection Below 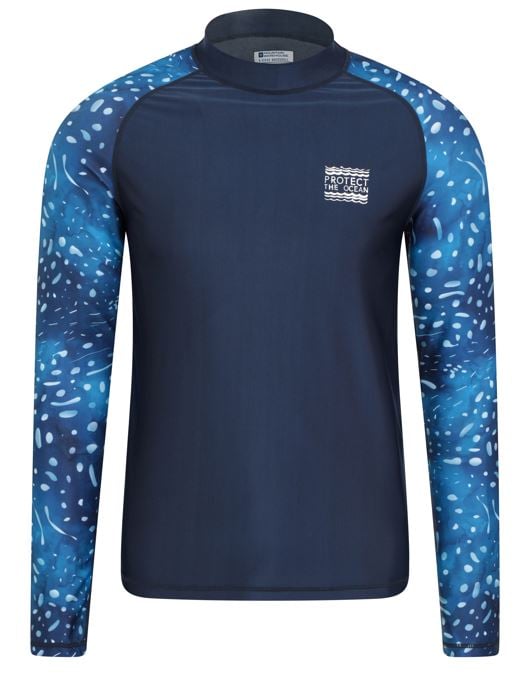 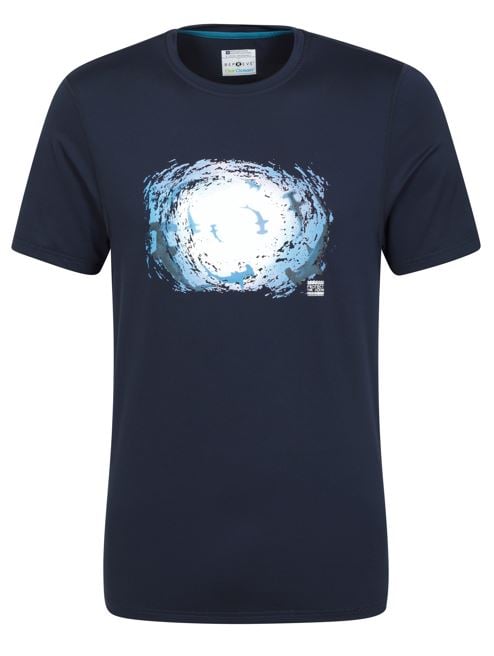 PREVIOUS ARTICLE Wetsuit Buying Guide
NEXT ARTICLE What Is REPREVE®?